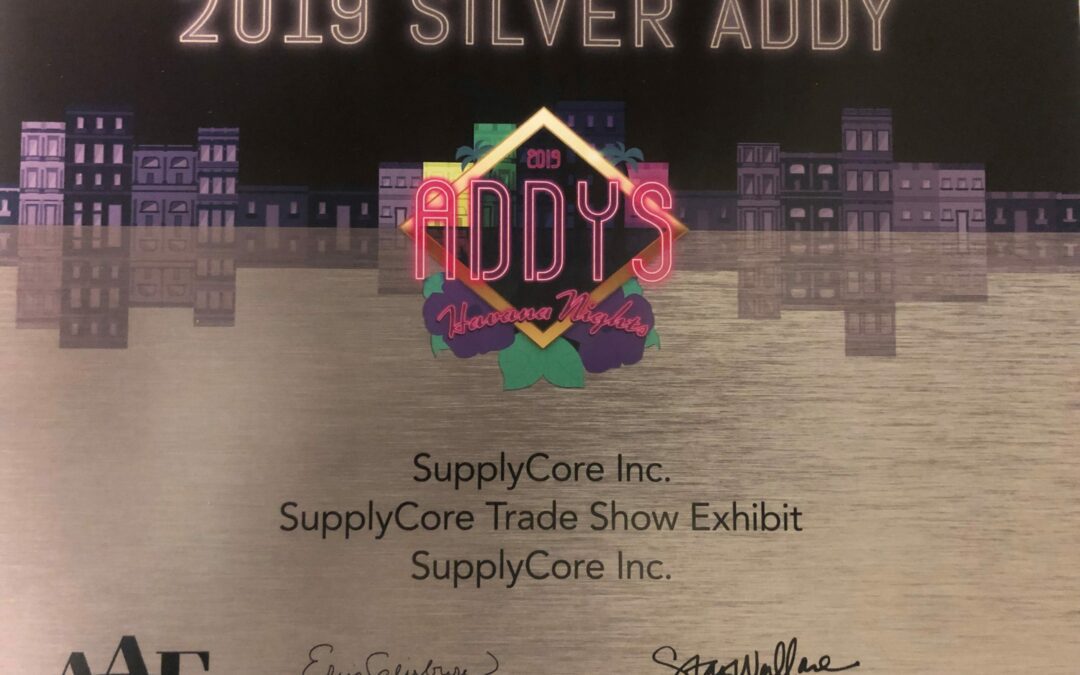 The Marketing department submitted two entries of collateral materials into this year’s competition. The entries, submitted into two different categories, were both selected by the panel of judges to receive an ADDY. On March 1, AAF Northern Illinois held its annual awards presentation and presented winners with either Gold, Silver, or Bronze awards. SupplyCore received the following awards:

Entries were judged based upon creativity, originality, and creative strategy; all work entered into the competition must have first appeared between January 1 and December 31, 2018. Many thanks to SupplyCore’s marketing partner, Ignition Studio, for their collaboration on these projects.