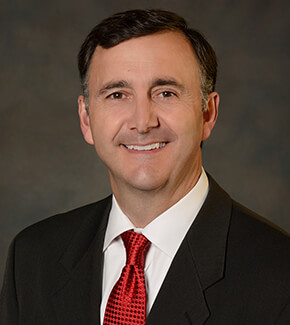 Mark Robinson joined SupplyCore’s Executive Team as Vice President in the fall of 2014. In addition to working with staff to meet the company’s legal needs, he oversees the Real Estate and Compliance departments. Mr. Robinson has previously served as general counsel for both public and private companies, and has served on executive teams in industries ranging from commercial printing to real estate and aviation.

After earning a bachelor’s degree in risk management from the University of Wisconsin, Madison, he travelled the country as a consultant for a service organization, followed by graduate school at the University of Illinois Urbana-Champaign, where he earned a JD/MBA degree.